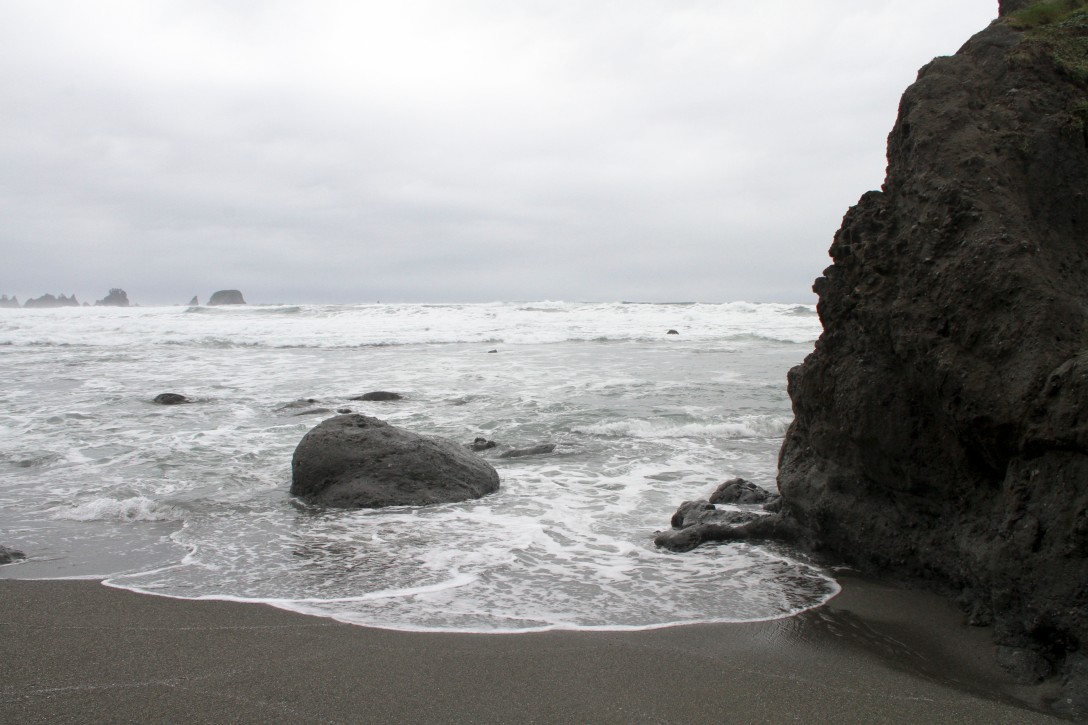 Not Recognizing the Forest for the Trees

One thing always surprises me.

Many of the beautiful old houses in Seattle in neighborhoods adjacent to the waters of Puget Sound face inward, away from the spectacular views of the choppy blue water and snow-capped Olympic Mountains, two of the features which make Seattle one of the most beautiful cities in the U.S.

It seems that 100 years ago, when many of these houses were built, there was little value placed on these natural vistas. Today, many of those same homes are valued well over a million dollars just for their prime location and potential views, and any home in Seattle with a view of Puget Sound or the Olympic Mountains commands a hefty price tag.

Another surprising fact is that many people born and raised in Seattle and the Pacific Northwest have never ventured out into the wild beauty of those mountains and the beaches beyond them on the Olympic Peninsula.

The Olympic Peninsula is that small wedge of land you see jutting out on the northwestern tip of Washington State, surrounded on three sides by water and covered primarily by rain forest, rivers, misty ocean beaches and fresh freezing-cold lakes.

Though the Olympic Peninsula is just a 30-minute ferry ride away, it is another world altogether.

Among the many places one can choose to explore on the Olympic Peninsula, the most “out there” destination is the very tip of the state, Cape Flattery, on the Makah Indian Reservation. 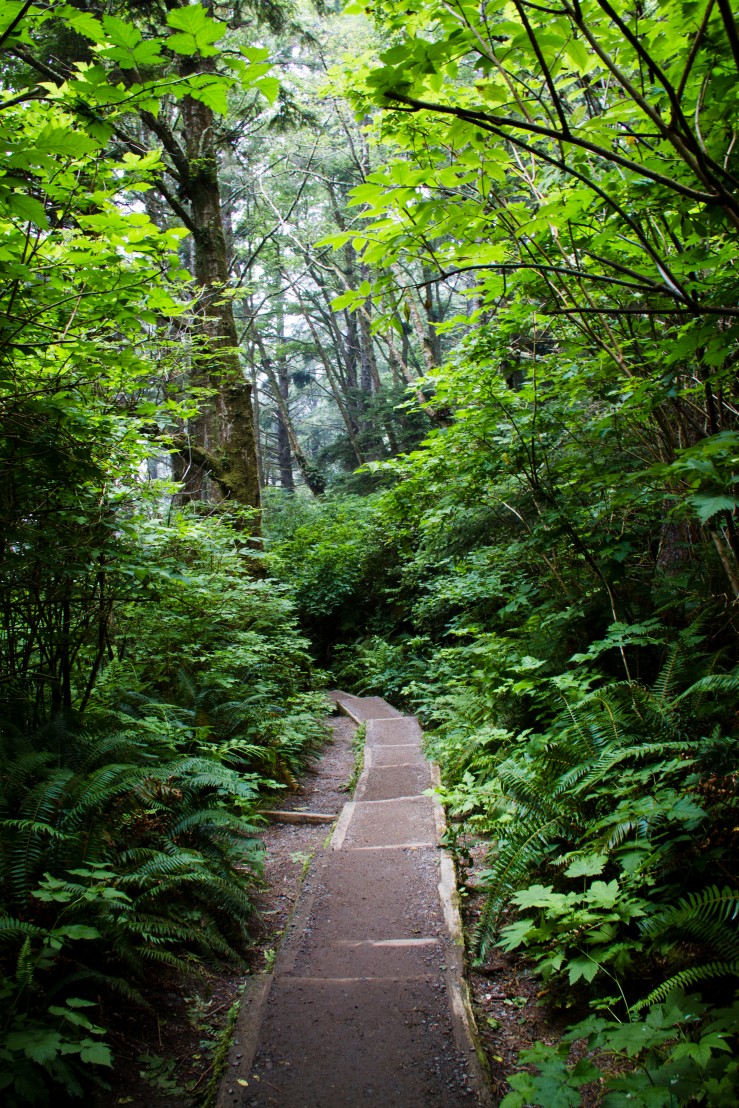 Cape Flattery is the northwestern-most corner of the Continental U.S., the tiny tip of the Olympic Peninsula. It’s often clouded by fog and mist making it a place of both mystery and beauty.

This corner of Washington State lies on the Makah Indian Reservation, open to the public, but owned and governed by the Makah Nation, a Native American tribe, which has fought, often amid protests, to preserve its whaling traditions, natural resources and fishing rights, as well as its independence as a sovereign state.

Cape Flattery, the English name conferred on it by Captain James Cook in 1778, has stuck even among the Makah, though certainly it was not their original name for this rocky outcropping.

The cape is bordered on one side by the wide-open vastness of the Pacific Ocean and on the other side by the waters of the Strait of Juan de Fuca. Visitors can access this point by a well-maintained trail through the forest. The rough waters have hewn the shoreline into massive inlets where the water pools into aqua blue.

As one reviewer on Yelp said,

“Cape Flattery deserves all the flattery it can get, and then some.”

Not far from Cape Flattery, and not as easily accessed (it’s a three-mile hike through lush and muddy rain forest) is Shi Shi Beach on the Pacific Coast. The sand is an intense slate gray, and the white waves wash over it, breaking like lace.

Scattered and barnacled rock croppings stand watch by the sea as they probably have for centuries. There are tide pools to explore, driftwood to climb on, and the ever present gulls leaving their tiny footprints in the sand.

The air so fresh and moist. Like breathing in fresh cool water. It’s a landscape that has inspired poets and hippies, environmentalists and painters.

It’s far enough out of reach to feel alone and to BE alone. 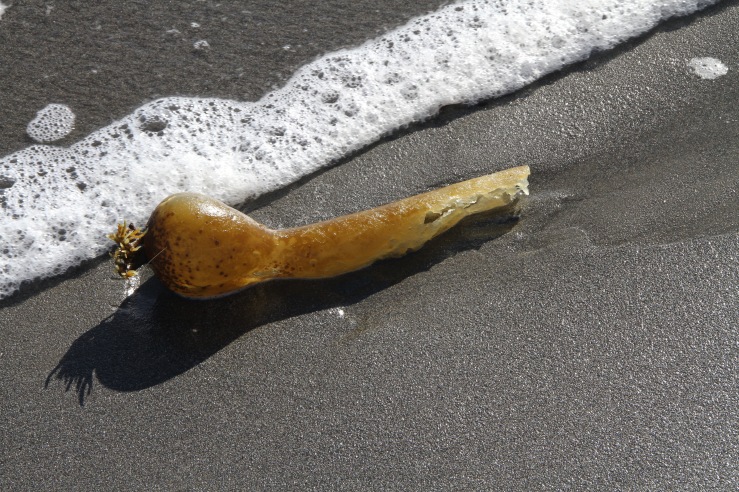 Can you visit the reservation and this area?

Yes, absolutely, although you must stop for a permit to be on the reservation, which costs $10 at the nearest and only gas station, or you can buy one at the new and beautiful Makah Museum at the entrance to town, definitely worth a visit.

The only thing to keep in mind is that this is an Indian Reservation with its own laws and police force. A sign on the road into town reminds you of this. 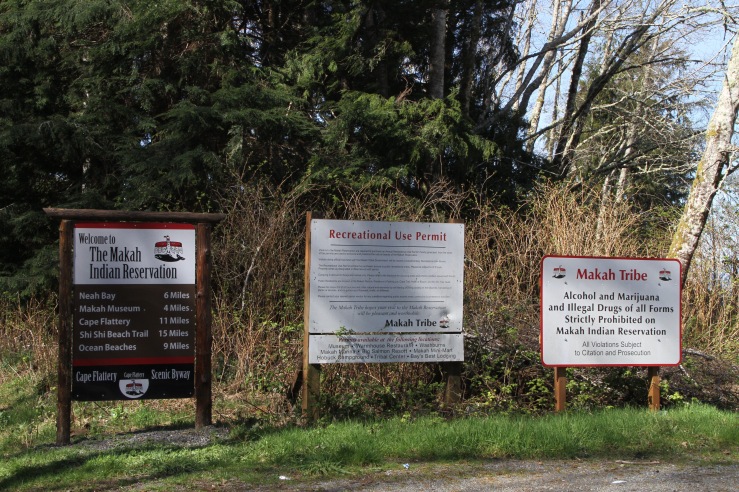 Getting to the Corner of Nowhere From Wherever

Just past Port Angeles on 101 is the turnoff to Highway 112, a scenic drive along the coast of the Strait of Juan de Fuca, a winding two-lane road, sometimes rough, but with spectacular views of the sea and the forest. Highway 112 will take you straight onto the Makah Reservation and into the little town of Neah Bay.

Can you stay overnight on Cape Flattery?

Yes, and since it takes several hours to get there, it’s not exactly a day trip from Seattle. Although some people opt to camp on Shi Shi Beach, carrying their gear on the 3.3-mile hike through the forest to the beach, I prefer to have a bit more creature comfort. I usually stay in a cabin at nearby Hobuck Beach Resort. For $165 a night you can have a view from your porch of the sunset on Makah Bay near Cape Flattery, while sipping a glass of wine (which you brought in because there is no alcohol sold on the reservation), and then you can retire to your comfortable and warm bed and bath.

Such a well-kept secret, Cape Flattery and Shi Shi Beach. Many Washingtonians have yet to discover this amazing, wild beauty in their own backyard.

I can imagine seeing this place for the first time through the eyes of Captain James Cook – beautiful, green, cold, wild, and bountiful.

I am reminded of T.S. Eliot’s words from the Four Quartets:

We shall not cease from exploration

And the end of all our exploring

Will be to arrive where we started

And know the place for the first time. 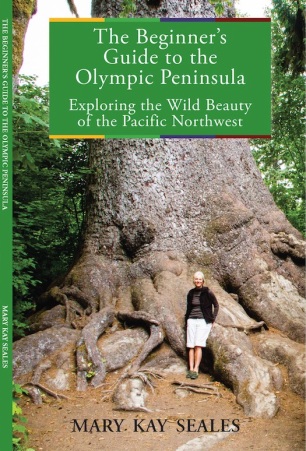