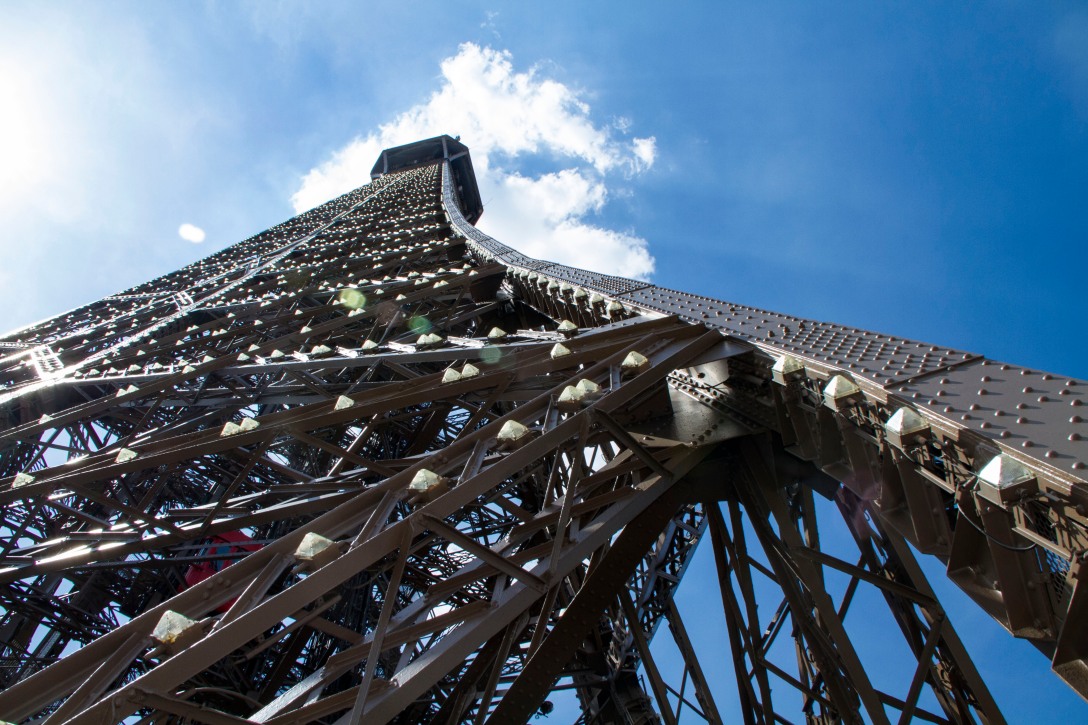 Honestly, though, do you really need a reason to visit Paris? The City of Light, Romance, Art and Culture?

But if you hesitate about visiting Paris in the Summer months because you think it will be too crowded, too hot, too something. Think again!

Here are at least ten reasons why visiting Paris in the summer is best!

ONE: Paris is best enjoyed outdoors, so summer is the perfect time to visit. You can sit in cafes any time of the day or night (without freezing your petite derrière off). You can stroll along the Seine, or take a boat ride at night sitting outside atop a Bateaux Mouches, and see the Eiffel Tower from the river.

TWO: The Paris Jazz Festival is the best kept secret in Paris! Every weekend starting in June through the end of July, two concerts each weekend day in the amphitheater of Parc Floral on the outskirts of Paris, and so easy to reach by le Metro. Sit on the grass with a picnic, or in the comfortable, shaded chairs. You will enjoy world class music practically free with other Parisian jazz lovers. And if you bring your kids, they can play with the free-range peacocks in the park (not really, though, they should just look at them).

THREE: The freaking awesome Tour de France takes place in July, and it ends in Paris on the Champs Elysées in the heart of the city. You can be there, watching the bikers race into the city, and up and down the grand boulevard to the winners circle!

Honestly, that’s enough of a reason right there to visit Paris in the summer.

FOUR: July 14 is Bastille Day, France’s Independence Day, and the biggest street party in the world! (OK, I can’t verify that, but it might be true). The whole city spills out on the streets of Paris, and I mean, the streets are crammed with people all night! It’s like a pajama party with Paris.

Add to that FIREWORKS AT THE EIFFEL TOWER!

That is definitely a once-in-a-lifetime must-do, right? You really gotta admit that’s a pretty damn cool proposition. And thinking about propositions, why not propose to your lover on Bastille Day during the finale of the fireworks? (You can thank me for the “yes” later)

FIVE: It’s summer, and it’s hot in the city, and some Parisians aren’t at their second homes on the French Riviera, so Paris brings the beach to them! You’ve just gotta love the French (and they’ll love you back). They do know how to live well.

Paris Plage (plage means “beach”) means that for eight weeks during the summer, the banks of the Seine are turned into one long beach, with sand, lounge chairs, games for kids, food kiosks, and even a swimming pool!

So after your visit to the Louvre or Notre Dame, or shopping in the Marais, you can settle into a chair along the banks of the river, and listen to the sounds of French people speaking, which is a delight all on its own!

SIX: In the summer, you can hang out at the Jardin de Luxembourg, one of my favorite parks in Paris, where you can watch the children pushing their sailboats around the fountain, or the old men playing boules and smoking Gauloises cigarettes.

SEVEN: You haven’t seen a Gay Pride parade until you see the Paris Gay Pride Parade.

The grand boulevards in Paris are super wide, so the gay pride parade in this city is on a  grand scale! It goes on for hours and hours, and brings out thousands for a festive celebration in the streets of Paris:

“The main parade is one of the highlights of a week long series of festivities, however it is the after party at Place de la Republique with live concerts and DJs that gets people in the party mood!”

NINE: How about this? A treasure hunt in Paris! How fun does that sound? In French, it’s called “Le Chasse aux Trésors de Paris” – the chase for treasures in Paris. Here is the set up for this year’s event:

A gourmet dinner is planned on July 8th at Paris City Hall. The best chefs from all around the world are expected; the cream of the crop! But it’s a disaster! Chef Guy Schloren has gone missing… And it won’t be a piece of cake to find him because he always kept his appearance a secret…

He was last seen this morning in Rungis Market where he ran into his jealous rival, the evil Henri de Vautour. We know that Guy bought there all he needed for tonight’s menu, and drank a coffee offered by de Vautour. He then walked away on his own, within an inch of passing out… And he has not been seen since.

Grilled by the police, Henri de Vautour spills the beans : thanks to his mastery of herbs and plants, he was able to drug Chef Schloren and put him out of order for the next hours before the big supper… Schloren is therefore wandering about in Paris, and he has to be found by all means !

TEN: Music and Paris are frequent bed partners, making love for us all!  The Festival FNAC Live 2018 takes place outside in the square in front of the Hotel de Ville, smack in the heart of Paris. Check out this year’s line up on their website.

I’ll stop at ten reasons, but there are so many more! Visiting Paris in the summer is delightful.

And now is the time to book your flight and your hotel for your first, second or umpteenth visit to this beautiful city!

Mary Kay Seales is a travel writer and photographer, and also teaches writing at the University of Washington in Seattle. She is the owner of Closing the Circle, which specializes in marketing materials for the travel industry. Visit her website at www.marykayseales.com