“The “Peregrinos” (pilgrims) come from all over the globe. Some walk for religious reasons, some for self reflection, and some for the challenge. It’s not important why you walk, only that you keep your heart and eyes open all the way.”

I’m on the Camino de Santiago in Spain, a 1000 year old pilgrim trail, and a very safe place for women to travel alone.

One of the many delights of the Camino are the characters you meet and the tales they tell: 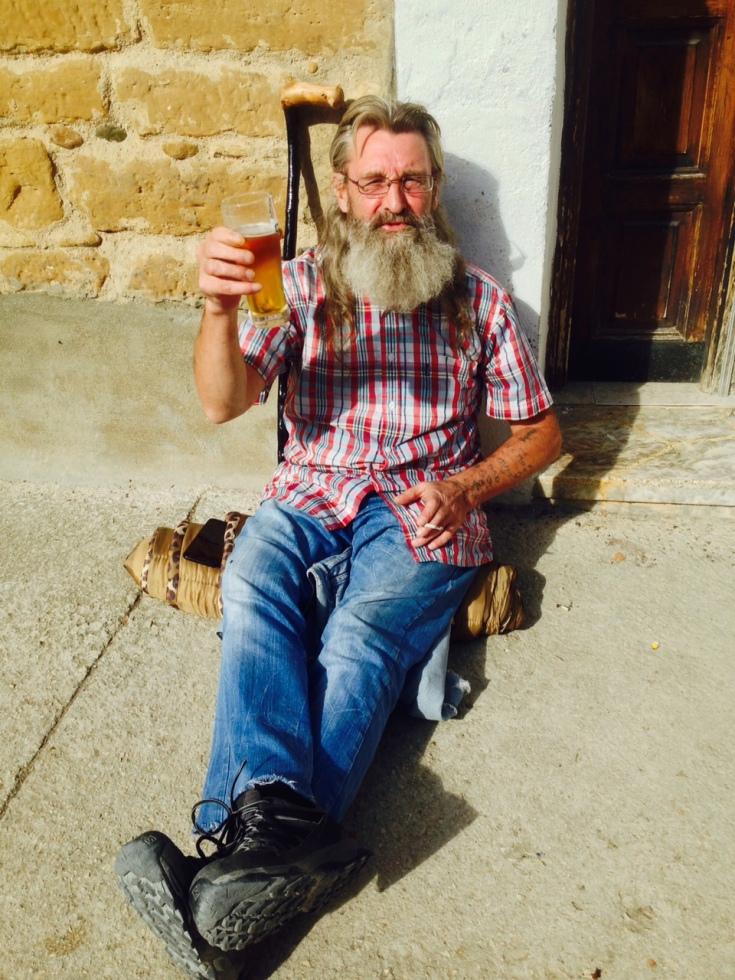 Simone is walking alone with her dog Jacques who carries his own small baguette. She says she never feels alone or afraid.

Eamon swears he is not a leprechaun, but I still don’t believe him. He spent many years in jail in Northern Ireland because of his membership in the outlawed Irish Republican Army. When he got out of jail he joined the French Foreign Legion and served in Chad, French Somali Land and Tahiti. His stories were seemingly endless.

Gerhard was bored with retirement in his native Switzerland, so one day he threw on a small back pack and walked out his back door and started walking. Sixty-three days later, he arrived in Naverret, at the same Alburgue I was staying in. He didn’t talk much but had a presence about him.

So goes the Camino.